How Lake Maggiore became a land of gardens and resort

Thanks to its large size, Lake Maggiore, like all the major water bodies, ensures a mild weather to the surrounding area. But, because of the lack of flat land (most of its shores are mountains throwing directly into the lake), agriculture has always been insufficient, except for a small amount of olive oil produced up to a couple of centuries ago.
On the other hand, the distance from big towns like Milan or Turin prevented for a long time to promote Lake Maggiore as a “resort” area, suitable for the construction of summer villas and gardens; only Borromeo Family (the largest landowners of the lake) for several generations devoted to building the baroque phantasmagoria of Isola Bella, creating a palace and a garden that are unique.

The situation changed suddenly in the nineteenth century with the industrial revolution. The presence of water and timber in abundance, as well as waterways that connected Switzerland to Milan, suddenly stole the area away from its marginalization. The first steam loom installed in Italy was built under the Napoleonic empire, right here in Intra (today Verbania-Intra), which was soon dubbed the “Manchester of Italy.” From that moment, manufactures multiplied for over a century and a half, attracting investors and workers.
A new class of entrepreneurs was rising, partly composed of Swiss, Germans, English, etc., who wanted appropriate houses according to their condition. Taking advantage of the lack of population of the coastal area until then, many of these houses were surrounded by wide gardens, sometimes huge. This was such a trend that even the Mother Island was transformed by Borromeos, in the early decades of the nineteenth century, from an olive plantation into the present botanical garden.
The increasing traffic brought a growth in the number of tourists, who found amazing the natural beauty and the weather of this area, making it one of the “Grand Tour” destinations in the early nineteenth century. This of course stimulated tourism, which during time became the main economic activity of various locations, among them Stresa, the best known nowadays.
Being increasingly appreciated as a holiday destination, in 18th and early 20th century Lake Maggiore saw the rise of hundreds of villas along the entire perimeter of its shores, of course preferring the areas uncontaminated by industrial activities.
Initially was fashionable for these villas a funny “exotic” style that recalled the Swiss or Alpine chalets (a few examples survive today), later, a more elegant style prevailed, according to the artistic trends of that moment: from Late Neoclassical to Umbertin eclecticism, from Art Nouveau to Art Deco, to the rationalist style and contemporary artistic trends.

During the climax for the passion for mansions surrounded by large gardens full of flowers, in the late 19th and early 20th century two of the most famous villas were built in Pallanza, (today Verbania-Pallanza, which was already considered a top tourist resort) almost competing with each other. These are Villa Taranto, which is now a botanical garden known throughout the world and open to visitors, and Villa San Remigio, which adjoin with the Villa Taranto, basically constituting a single, huge park that covers most of the hill called “The Castagnola” (chestnut hill).
The creation of these villas, true masterpieces of garden arts, was possible thanks to the experience accumulated in previous decades of trials and successes. But in the case of Villa San Remigio, it was also a sort of dream of Romance, the dream of a lifetime of two spouses, the Marquis Silvio della Valle di Casanova (1861-1929), his cousin and his wife, Irish-Italian Sophie Browne (1868-1960), who dedicated to the construction of the villa and garden, designed as a work of art, as well as their private “love dream”.

The first gardens at Lake Maggiore were created by wealthy entrepreneurs and “foreigners”, who brought with them from their earlier villas expert gardeners, who immediately triggered a local tradition of gardens and nurseries that continues nowadays. By the mid 19th century over Lake Maggiore grew healthily nurseries of trees and flowers, run by local families who work both for the gardens of the area and for abroad, having the chance to offer rare and exotic plants.
The mildness of the weather was tempting to try and use nurseries and parks as “naturalization gardens”, filled with plants from the five continents never grown before, as well as rare European species, as well as particularly rare European essences. The gardens competed in exhibiting specimens of new precious plants, better if unusual, even including palms, banana trees and subtropical ferns.
The soil proved to be ideal for the cultivation of acidophiles like camellias, azaleas, magnolias, gardenias and rhododendrons, which were at that time “discoveries” sent in a continuous stream across Europe from the rest of the world, and that acclimatized so well to become a characteristic feature of the spectacular gardens of Lake Maggiore, as well as a sought item of export.

The chapel of Villa San Remigio.

The church of Villa San Remigio dates back to 1898. It was originally founded as a private Catholic chapel of families ‘Della Valle-Browne’. The building was located at the edge of the park of the villa, from which it was later separated by the construction of a modern paved road that runs along the lake. (The road, which connects Intra to Pallanza, now includes a bike path that can be used for jogging).

Like the rest of the buildings of Villa San Remigio, the chapel was built in an eclectic style of taste, in this case marked by the elegant and strict classicism of the late-manierist Milanese architects Pellegrino Tibaldi and Galeazzo Alessi. More accurately, the construction was inspired faithfully, almost to the plagiarism, by a chapel of the Sacro Monte of Orta, attributed to the school of Alessi.
After the death of the Marquise Browne, the chapel was deconsecrated, spun off from the rest of the property of Villa San Remigio, sold as a private residence and transformed into the cottage overlooking the lake that you can see today. The rest of the Villa went instead to the first daughter of the Della Valle couple and finally, in 1977, to the Piedmont Region, which then assigned it to the Province of Verbania to host its offices. (In December 2011 it was put on a list of public properties to be sold and be private again.)
In the course of the events and changes in ownership, the former church underwent several tampering (such as the construction of a concrete balcony on the front), while the park went through a period of carelessness.
The renovation of the chapel was completed in 2009, it has provided, in addition to modernizing and setting the interiors to the standards, to restore the exterior and to demolish the additions, thus the church was restored to its original state, under the supervision of the overseer of Arts.
The park has been restored and renewed, preserving the existing old trees, by now centuries old, making accessible again the lookout. Likewise, it was finally restored the access that leads to the lake private beach, that the Marquise Browne loved to attend.

Actually, the construction of Villa San Remigio had already started before the birth of the couple, dating back to 1859 and 1866, when their families began to buy the land on the “Castagnola” and build an ever-present “Swiss chalet”.
In these properties the two cousins were brought up, spending much time together. And a badge placed at the entrance of Villa San Remigio by the couple (who married in 1896) proclaims that the villa is the realization of a dream they begun together as teenagers.

When they received their inheritance, both spouses gave to their co-heirs the properties located outside Pallanza, both in Italy and abroad, concentrating in their hands all the land of the Castagnola in possession of various branches of their families. They added more adjoining land, reaching the current extension. In 1898, the existing buildings were demolished, and began the construction of the villa and the park, which took its name from the lovely romanesque church that shares the top of the hill with the Villa.
Work proceeded quickly, but for a long time, the strive for the aesthetic perfection caused continuous turnarounds and changes. And at its peak, the maintenance for the park alone employed thirty full-time gardeners.
The main achievement is the Italian (i.e. geometric) garden, with patterns and drawings inspired by the Baroque era and adorned by statues from Baroque and Rococo gardens, from the antique trade. Because of the hilly nature of the plot, to level and smooth the land was needed an extensive and expensive work.
Next to this section there is another section organized as an English garden, of Romantic taste, lined by trees and crossed by paths. At the top of the hill towers the Villa, a large building of eclectic taste which, following the taste of the early 20th century, blends nonchalantly Baroque to Neoclassicism. Among its many rooms, there is an atelier for artistic activities of Browne, who was a painter and a sculptor, and the study of Marquis Della Valle, who was a poet and a writer.
The house quickly became a meeting point for international artists, and was often visited by prominent and elegant people, like the queen of Romania, the writers Hermann Hesse, Hugo Wolf and Gabriele D’Annunzio, the composer Ferruccio Busoni, the painter Umberto Boccioni and the pianist Clara Wieck (wife of Robert Schumann), to mention only the most famous among the many guests. 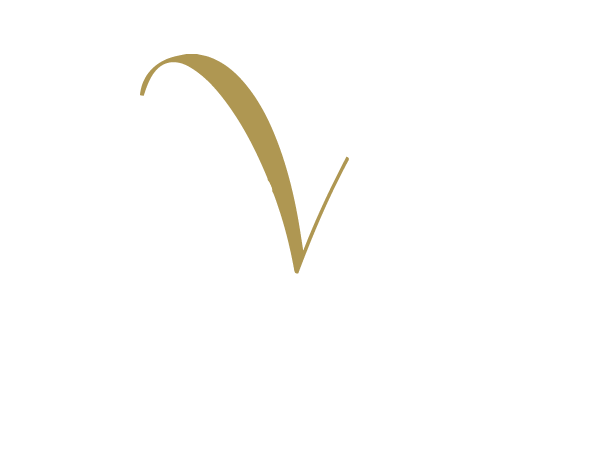